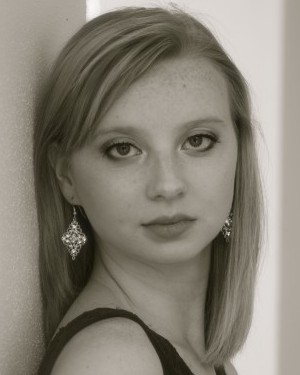 ABBIE LESSARIS (“Death”) is a company dancer with Gregory Hancock Dance Theatre. She began dancing at a very young age, but she began her journey with GHDT, in 2006, in their annual performance of The Nutcracker when she was 10 years old. Abbie was a student at The Academy of GHDT (AGHDT) since its opening in 2009 where she received her most valued dance training under the instruction of Mr. Hancock and the wonderful AGHDT staff. She was a member of G2, the pre-professional company of GHDT, for six years until her graduation in the spring of 2014. Abbie’s first show as a full time company dancer was SUPERHERO in April of 2015. Some of her most memorable roles with GHDT include The Water is Wide solo from This is Why We Are Born With a Cleft on Our Upper Lip…, The Cross in SUPERHERO, and the Cricket in Pinocchio. She is thrilled to be a part of this amazing cast and is very excited to be making her musical theatre debut with La Casa Azul. Abbie would like to thank Mr. Hancock for the wonderful opportunities he has provided for her as an artist and her family for their love and support in everything she does.