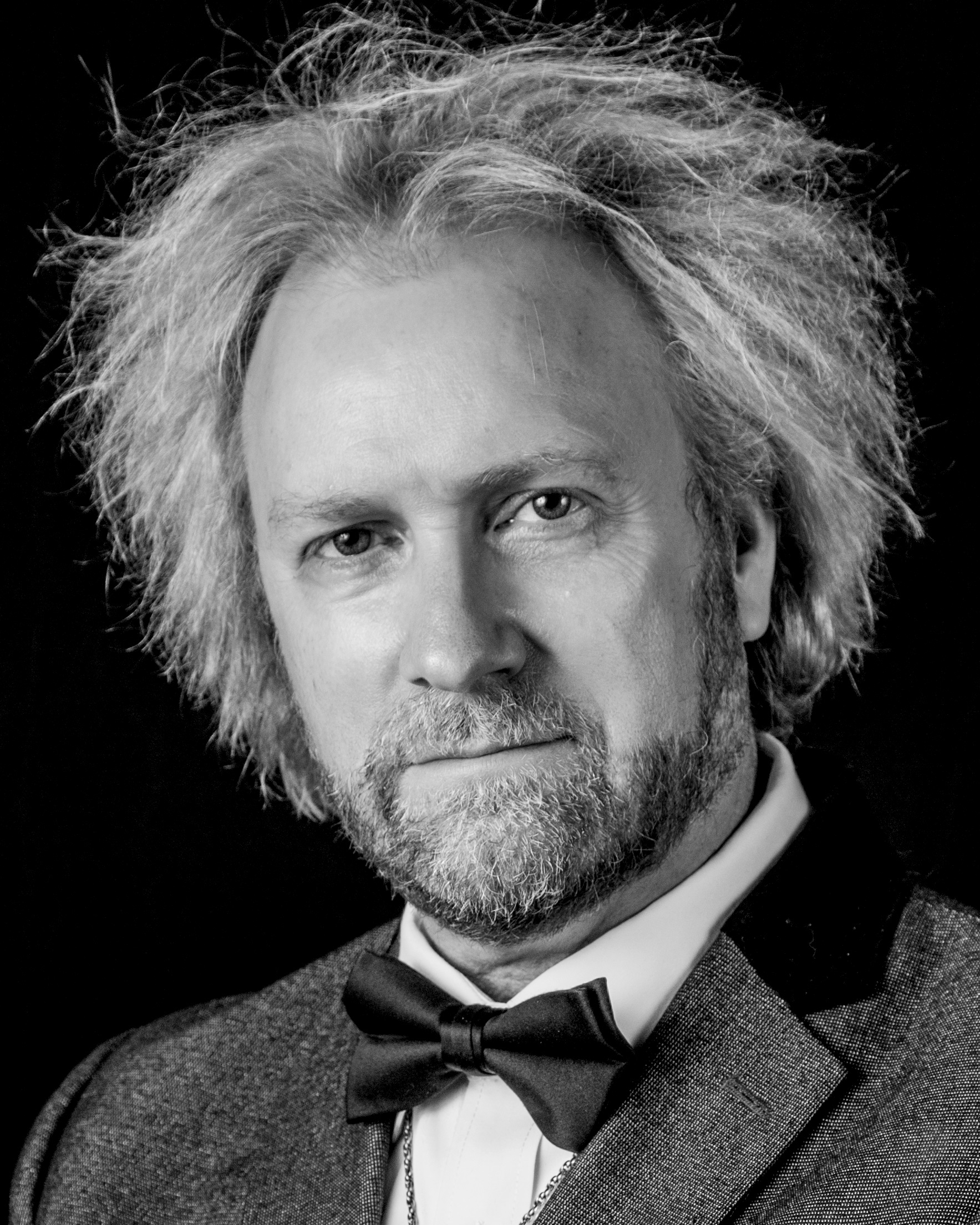 Gregory Glade is excited to present his NEW incarnation of LA CASA AZUL, The Musical. Previously he produced two highly successful productions on an epic scale with a large cast at The Tarkington at The Center for the Performing Arts and received a Regional Emmy Award for the PBS broadcast of LA CASA AZUL, The Musical and a documentary of the making of LA CASA AZUL. For this new incarnation, he desired to present a more intimate and immersive production. Hence, the show has been altered from its original form with edits in material and structure and new material and structure. A smaller cast will deliver the new production which will highlight the story of Frida Kahlo’s challenges and how she turned them into unique creativity and beauty. A universal story of the resiliency of the human spirt, the NEW LA CASA AZUL connects us all in our global community.

Gregory created the music for LA CASA AZUL, and co-authored lyrics with Kate Ayers. He also serves as the Choreography, Costume Designer and Producer for this new production.

Read more about Gregory Glade
Along with his work on LA CASA AZUL, Gregory is the Artistic Director for Gregory Hancock Dance Theatre (GHDT), a professional contemporary dance company, and the director of The Academy of GHDT. GHDT is the Resident Professional Dance Company at The Center for The Performing Arts in Carmel, Indiana. He has created over 160 dance works for the company’s expansive repertoire, including such critically acclaimed pieces as: EXODUS, THE VIOLIN UNDER THE BED, THE HUNCHBACK OF NOTRE DAME, SUPERHERO; THE STORY OF A MAN CALLED JESUS, THE SCARLET LETTER, UNDER THE BIG TOP, and many more. He has taught dance and created choreography for companies and schools throughout the USA, Eastern Europe and India. He has received numerous awards and honors for his work including, Master Artist Fellowships from the Indiana Arts Commission, two Creative Renewal Fellowships from The Arts Council of Indianapolis and Lilly Endowment, and fellowships from the Citizen Exchange Council and ArtsLink in NYC. He was named Outstanding Choreography at the prestigious Youth America Grand Prix international ballet competition in NYC. His company represented the USA at the 11th International Baltic Ballet Festival, where GHDT was also the primary touring company of the festival.

All of his creative work is dedicated to the legacy of his remarkable mother, Florence Marie Hancock. 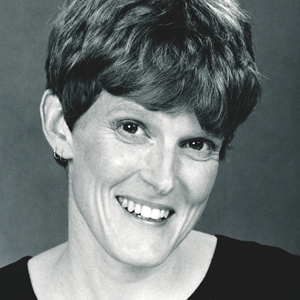 Ms. Ayers, an accomplished director and performer, has toured extensively through the Midwest performing in Schools, Museums, Hospitals, and other gatherings, and was the Artistic Director of the Indianapolis Children’s Theatre, Inc. from 1990 to 1997. She now finds herself settled in the Pacific Northwest where she runs the Daytime Programming at Olympia Family Theater, teaches Sociology at South Puget Sound, and is Director of Music at First Christian Church.

Read more about the lyricist
She has written curriculum/shows/plays and developed programming for Theaters, Museums,
Schools, Hospitals, and other community venues. Her writings encompass the gamut from Fairy Tales to History, Science to Fantasy and Literature to Imaginary. Kate counts LA CASA AZUL as one of the most rewarding endeavors. Kate has studied at the Goodman Theatre School, and graduated from Columbia College with a BA in Screenwriting. She is also a graduate of the Playback School at Vassar, the TAT Lab (Teaching Artist Training) from Seattle Children’s Theatre, and has her Masters in Applied Sociology from the University of Indianapolis. 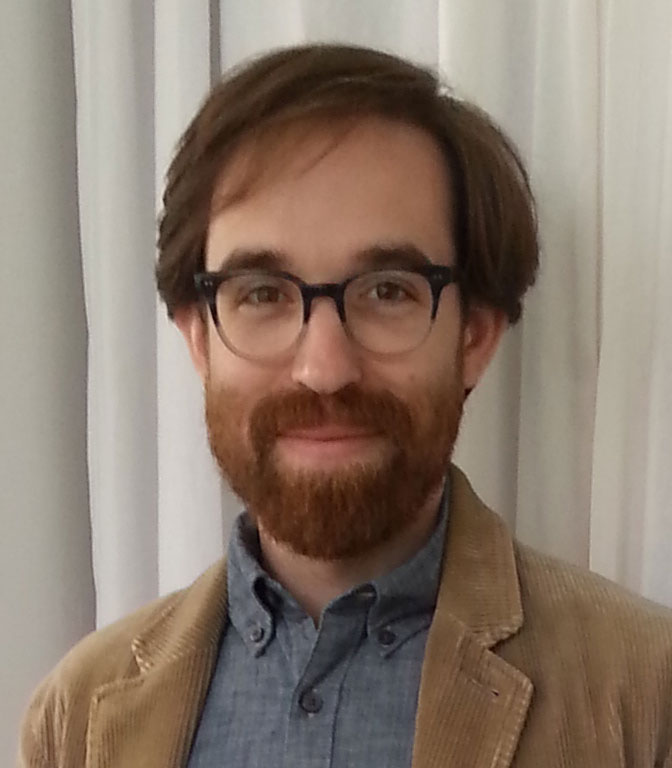 Nicholas Cline writes acoustic and electroacoustic music – often a quiet music with an emphasis on subtle, nuanced sounds. Deeply influenced by the natural world, his music often draws on sensuous as well as intellectual experiences of nature with the belief that music should reveal, challenge, and shape the listener’s understanding of the world. His music has been performed by the Crossing, Spektral Quartet, International Contemporary Ensemble, Ensemble VONK, Bienen Contemporary/Early Vocal Ensemble, and Northwestern Contemporary Music Ensemble. He has been commissioned by Jeff Siegfried, Jena Gardner, ~nois Saxophone Quartet, Stare at the Sun, and Constellation Men’s Ensemble. His music has been presented at festivals in the US and in Europe. He is featured on the SEAMUS electroacoustic miniatures recording series: Re-Caged and was a High Concept Labs sponsored artist. He holds degrees from Northwestern University, Indiana University, and Columbia College Chicago. He is currently teaching music theory and music technology at Northwestern. 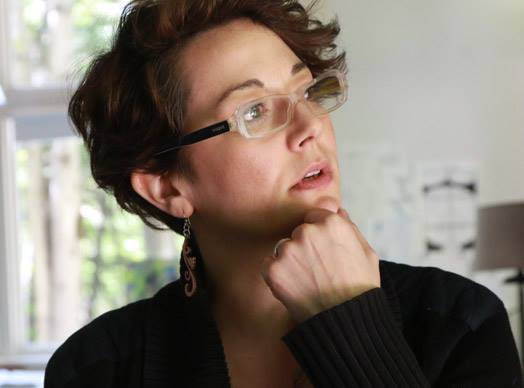 Georgina H.L. Escobar is an artist, playwright and director based in New York City. She employs multiple mediums including performance, visual art, puppetry, and music to create impossible narratives for the stage. She has participated in residencies including the MacDowell Colony, the Djerassi Artists Residency and is a recipient of the Theatre For Young Audiences National Award from the Kennedy Center. Her work has been exhibited throughout the USA and participated in festivals internationally (Denmark, Sweden). Artistic partners and presenters have included Milagro (OR), Clubbed Thumb, Lincoln Center, INTAR, Aurora Theatre, Bushwick Starr, Latinx Theatre Commons, among many others. Notable productions include: Alebrijes (Milagro), B.I. (be) (Teatro Milagro Tour), Sweep (Aurora Theatre), Penny Pinball Presents the Beacons (INTAR Workshop Production), Death and the Tramp (Milagro), and Ash Tree (Duke City Repertory Theatre).