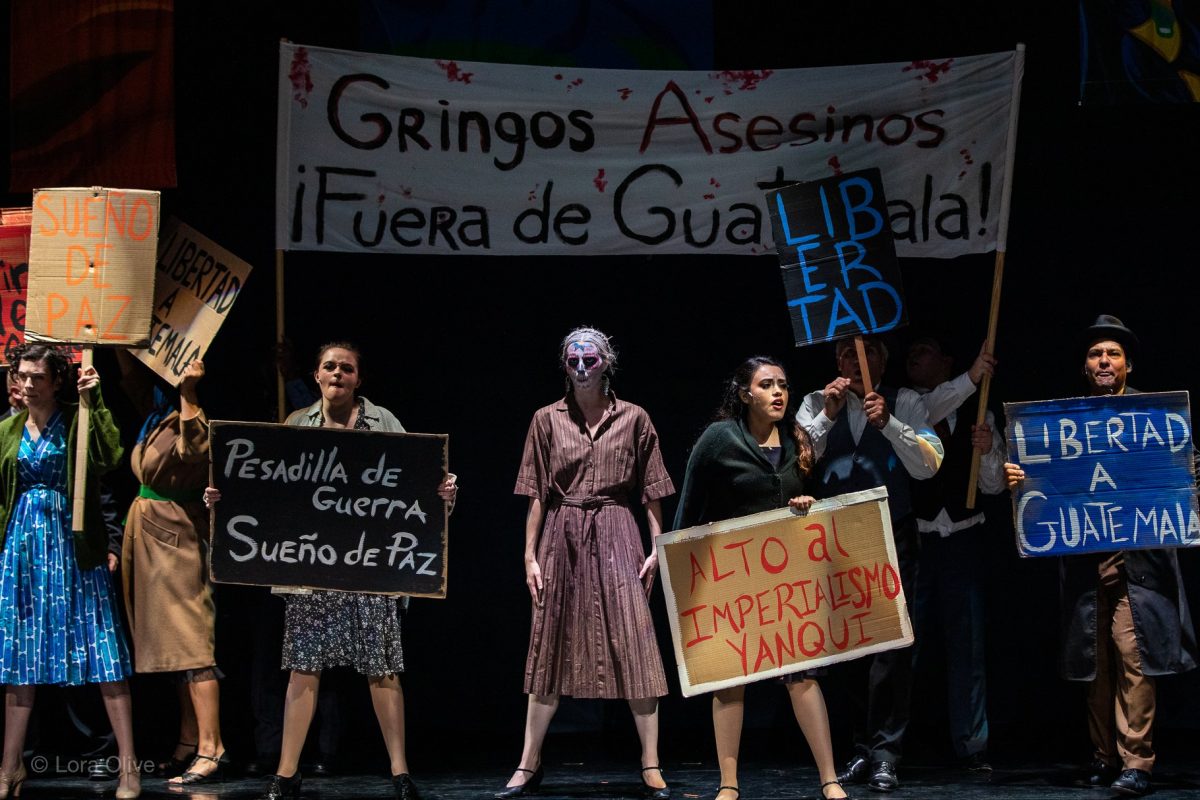 Below is a review by John Lyle Belden on PLAYS WITH JOHN AND WENDY. July 15th, 2019.

“La Casa Azul” translates to “The Blue House,” the place where Mexican artist Frida Kahlo’s life both began and ended, the place she always called home, no matter where her celebrated and tragic life took her.

“La Casa Azul: The Musical” is a newly-revised production by Gregory Hancock Dance Theatre playing at the Phoenix Theatre in downtown Indianapolis. It combines dance and sung-through drama, much like a cross between a ballet and an opera with Latin-flavored music. The actors all embody various individuals and chorus parts, with the exceptions of Valerie Nuccio as Kahlo and JL Rey as her husband, muralist Diego Rivera – who vividly resemble their real-life counterparts – and Abigail Lessaris as La Muerte, the beautiful dancing embodiment of Death.

The whole these parts combine to is an exceptional theatrical experience: stunning, sad, humorous, thought-provoking and inspiring.

Nuccio holds our focus throughout, the hero of the story, winning our hearts despite no effort made to make us love her. Kahlo was brash and outspoken, an unapologetic Communist who hated America and its citizens’ condescending attitudes; still, above all she was a proud woman devoted to her homeland. But the stage also belongs to Lessaris, as Death is ever present. Never speaking a word, her movement and constant attendance speak volumes. At times, Kahlo can even sense her dancing near, occasionally even helping her to her feet to live another day – La Muerte is patient.

The ensemble includes Alyssa Lopez as Kahlo’s sister Christina; Johnathon Contreras as the boyfriend who was with her in a near-fatal accident; Bill Book as her father, who encouraged her to paint during her recovery; Onis Dean as various doctors who rarely give good news; and Dick Davis as Henry Ford (who Kahlo despised) and exiled Leon Trotsky (with whom she had an affair). Jessica Crum Hawkins, who played Kahlo in the 2015 premiere of “La Casa Azul,” portrays Trotsky’s wife.

Gregory Glade Hancock not only provided the choreography, but also the costume design, music and lyrics – with Kate Ayers. The songs flow as easily as the dancing, easing us through the plot. For clarity, a full synopsis is printed in the program. Stage direction is by Mexican artist Georgina Escobar.

The costumes are a vibrant tribute to Mexico and its culture, as well as the dapper decadence of New York in one scene. The set is adorned with a fractured portrait of Kahlo, a reminder of her many facets which only come together when we see her life completed.

For anyone with an interest in Frida Kahlo and her art, seeing this is almost a duty.